They had not exchanged a word since they had been introduced to each other, when the attentive and curious eye of Anton van Dyck fell casually on the hands of the old Sofonisba. The he observed discretely to disguise their natural tendency to focus on objects and people. It was one of his little hobbies, which é attributed to professional deformation. Since he had decided to become a painter, he used to study up to the smallest detail to people and objects that attracted your attention.,es

Sofonisba's hands were extremely small, almost disproportionate to the rest of the body. Misshapen by arthritis, they were so emaciated that her skin looked fine and translucent blue veins stood out with particular intensity. Anton let fly your imagination for a moment, imagining that those veins were small rivers running between islands, represented by the myriad of dark spots covering the skin of the elderly. Previously he had noticed how the hands and face of the elderly were covered with these spots, but until now had never seen islets. They caused certain fascination, as if they were beautiful. Sofonisba Anguissola hands moved gracefully, with short movements slow and studied as aware of its importance, and the force of habit had become absolutely natural. This particular way of moving them, elegant and fragile time, revealed the fine education he must have received from girl. The young painter, fascinated, could not take his eyes off those hands. Certainly were part of the charm of the old.,es

He had arrived in time to meet Sofonisba Anguissola, the most famous painting of the century. During the preceding months, when he had tried to contact her and especially while finalizing travel arrangements, had feared did not arrive in time to see her alive. I knew, though not precisely, that the painter was a real cariátide, although not imagine being so close to the truth. By implication, he had sensed that his physical condition would be quite precarious. Hence their haste. It could be assumed that a simple cold was enough to endanger the life breath of retaining.,es

He was aware of the risk, but had decided it was worth running it. In addition, there was the possibility, if Sofonisba was still alive on arrival at Palermo, they were not able to understand, as was often the case with people of advanced age. But he was lucky, and had not been chance. Sofonisba because he could judge for himself, he was able to understand and maintain a more than brilliant conversation. In the end, everything went well. Anton consideroó fortunate to have been able to fulfill one of his dreams: to personally meet Sofonisba Anguissola, the last survivor of the golden age of Renaissance painting, one that was contemporary of the great Miguel Ángel.,es

Getting this meeting had become an obsession, an overriding aim, a race against time that could not afford to lose. The fragility of her hostess could play a trick. During that interminable journey that took him from Antwerp in Flanders, the remote Sicily, several times she had felt the anguish of being too late. In addition to the chagrin it would have been a real pain. After so long pursued that goal, his dream had grown disproportionately; see how he escaped at the last moment by a stupid irony of fate it would have been of great despondency.,es

In his words, though he tried to hide, admiration for her shone through the first, the biggest and probably the most famous painter of the Renaissance. It almost seemed that, as he said those few words of praise, the teacher will cost you recognize the great talent of this woman, as for the first time in the history of painting, that talent was attributed to a female person, made unusual and unheard. Never before it had happened. Not that women were forbidden to paint, but none had managed to do so gracefully, so professional, so much innovation and so acutely as Sofonisba Anguissola. In his paintings he had known about the fabric translate the gestures of everyday life, laughter and tears, things that no male artist had addressed before her.,es

The more he talked about it the teacher, Anton was attracted more by his personality, to the point of being captivated completely. The obsession had progressively worsened know, almost a physical need. He calculated, as talked about it as a monument to the past, he must hurry if he wanted to achieve his goal. Not bear the thought of being, even for a few years, his contemporary and not to have known personally. His curiosity had led him to inquire about her ...,es 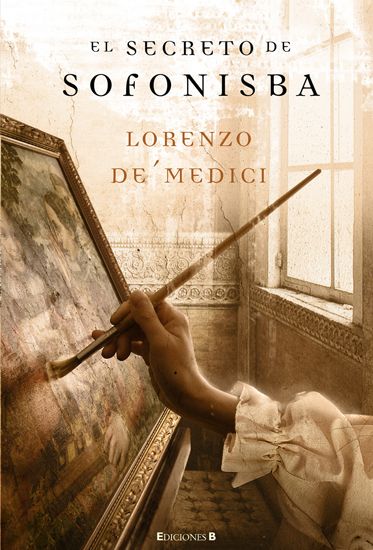